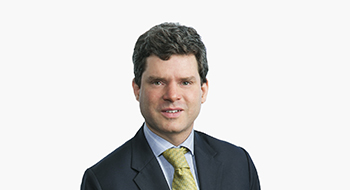 In response to US withdrawal from negotiations with European countries over new international tax rules on digital firms, James Ross, partner at law firm McDermott Will & Emery, said:

“It is not altogether surprising that the US has withdrawn from the Pillar 1 discussions. The main focus of this strand was the taxation of the digital economy; and the US has long suspected that it was a “land grab” by European and certain other larger countries – an attempt to assert the right to tax profits that they viewed as properly taxable in the US.

“However, the Pillar 2 discussions about a global minimum tax regime are more significant and must continue – the OECD is clear that this would be the greater money-generator for tax authorities. Digital taxes are not expected to raise much revenue, indeed the UK Treasury expects to raise around £400m a year from its digital sales tax, which is barely even a rounding error relative to the enormous sums the Government is spending to support the economy.

“So, if the Europeans have relatively little to gain from Pillar 1, why are they sticking to their guns on it?  Largely because they are under intense political pressure to do so, and may anticipate that the US will be more receptive to a compromise after the presidential elections, particularly if there is a change of administration.”