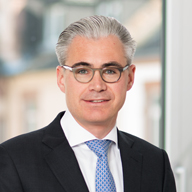 Martin was a key member of the team that launched McDermott’s Frankfurt office in 2012 under the leadership of Joe Marx and Philipp von Ilberg. Martin focuses his practice on equity capital markets (ECM). In 2017, he joined long-time Firm client Berenberg, a German investment bank with more than 1,600 employees. Berenberg had the largest volume of completed deals in Germany, Austria and Switzerland in the period from 2015 until today.

Tell us about opening the Frankfurt office.

I was part of a team at another international law firm in Frankfurt that included Joe Marx and Philipp von Ilberg, and when that firm went through some upheaval, the team agreed that it wanted to stay together, if possible. Around that time, Peter Sacripanti (then McDermott co-chair) made some inquiries about opening a McDermott office in Frankfurt, and we were connected with him and began discussions. It really was perfect timing and a great match to make the move to McDermott and open the office.

Your practice is in the ECM arena. Tell us about some of the work the Frankfurt team focused on in the early days.

We worked on IPOs, many corporate transactions and some takeovers. We hired other colleagues, including our international arbitration lawyers, to round out the Frankfurt office skillsets. I primarily worked with Joe on my matters, and we really had a lot of fun working together. We still try to get together once a week for lunch, and we look for opportunities for McDermott to work with Berenberg.

How did the opportunity at Berenberg present itself?

Berenberg was a Firm client, and the last transaction I worked on was an IPO in relation to which Berenberg and Citi acted as joint global coordinators and we acted as issuer’s counsel. When that deal closed, my contact at Berenberg, who by that time had known me for a number of years, asked me if I would like to join the organization in a senior role. It was a tough decision as I wasn’t looking to leave McDermott. I had previously been asked to present an in-house training seminar at Berenberg, where I met around 40 people, and they saw my presentation skills. In retrospect, I think that was part of the screening process, to see if those individuals thought I would be a good fit.

How does being in-house with an investment bank compare to working at a large international law firm?

My position at Berenberg is really a hybrid. I do legal work, such as negotiating underwriting documents, but I am also on the investment banking business side, so I am always expanding professional relationships, which is very important in the ECM space. I probably spend half of my time on pure legal work, and investment banking business matters take up the other half of my time. We are very busy. At any given time, I probably have six to eight active ECM transactions in the works.

How do you spend your time outside of work?

My wife and I have six-year-old twins—a boy and a girl—who started school in August. I enjoy running, and I am in the process of completing the education to receive my boating license, which I hope to put to use when our family travels to the south of France for holiday.